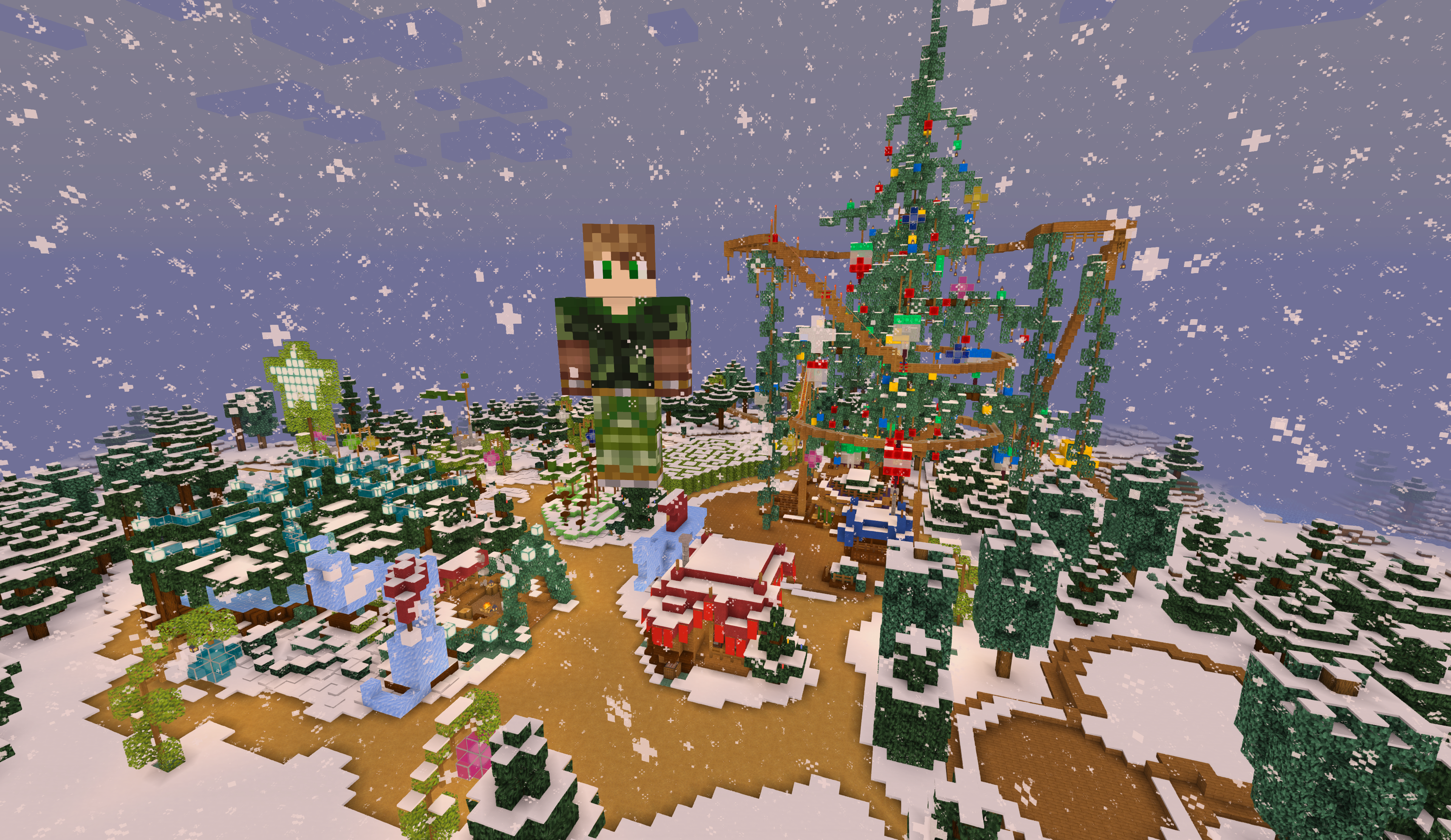 The Bellingham Makerspace is excited to invite everyone to join our makers in our new Minecraft game-server for a pre-release holiday party!  Our makers have created worlds for you and all of your friends to come build, create, and play in.  Our happy little elves have even been crafting a Festival world with huge amounts of holiday spirit and creative decorations.  Want to check it out ahead of the public release?  Look at our page on how to connect to the server, here and join us.  Everyone is invited and all you have to do is load up your Minecraft client and join us on Friday the 9th!

Minecraft is a sandbox game developed by Mojang Studios. The game was created by Markus “Notch” Persson in the Java programming language. Following several early private testing versions, it was first made public in May 2009 before being fully released in November 2011, with Notch stepping down and Jens “Jeb” Bergensten taking over development. Minecraft is the best-selling video game of all time, with over 238 million copies sold and nearly 140 million monthly active players as of 2021, and has been ported to several platforms. – Wikipedia